Problem of the Day 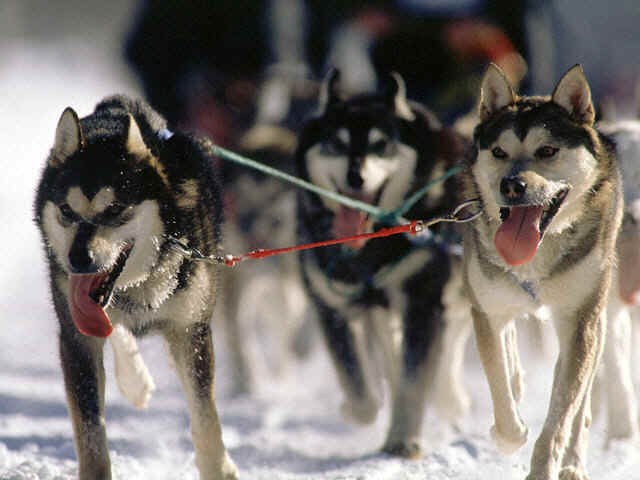 Two Jr. Iditarod mushers have a total of seventeen necklines.  One has five more than the other.  How many necklines do each have.

DeeDee, Lyn and Joy ran a sprint race with only six dogs each.  Joy's time was faster than Lyn's time, but Joy did not win.  Who won the race? Who came in last?

Sam must be in Wasilla with his dogs for the vet check by 8:15 a.m. It takes him 3 hours and 10 minutes to get to Wasilla from his home.  What time should Sam Leave his home to arrive in Wasilla on time?

Six mushers met each other at the muscher's banquet.  If they each shake hands one time with every other person, how many handshakes will there be.

Four dogs had their own sleds in a sled dog race.  The dogs' names were Bandit, Pepsi, M&M, and Paws.  Paws finished the race before Pepsi, but behind Bandit.  M&M did not win, but she beat Pepsi and Paws, Give the order of their finish.

Each team has sixteen dogs and there are eighty-seven teams, how many dogs will leave Anchorage?

Carol buys seventeen bags of dog food.  She can fit three bags into her cart at one time.  How many cart loads does she have?

There are seven white huskies, four gray huskies and five black huskies on Jenna's sled dog team.  What fraction of the team is black?